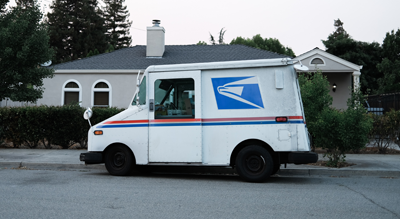 The USPS is now moving towards bringing a profound change in the vehicles they use for their daily operations. They are now being replaced by electric vehicles, and in the following article, we will shed more light on the topic.

Officials indicated Thursday that one in every five of the first batch of next-generation USPS delivery vehicles would be electric as they are more efficient and environmentally friendly.

The Postal Service has placed a formal order for 50,000 cars worth $2.98 billion, with at least 10,019 battery-electric vehicles. Compared to the original plan, this implies a twofold increase in electric vehicles. The first of the new vehicles should be on distribution routes by late next year.

According to Postmaster General Louis DeJoy, the Postal Service followed through on its promise to accelerate electric vehicle purchases based on financial and strategic factors. A well-thought plan has been formed to ensure that the transition takes place smoothly.

“Today’s order indicates that the Postal Service is fully dedicated to including electric cars as a substantial component of our delivery fleet,” he said, even though electric vehicles are more expensive to purchase than electric internal combustion vehicles.

Carolyn Maloney, the House Committee on Oversight and Reform chairwoman, praised the increased use of electric vehicles. But, she claims it isn’t enough, and more changes need to be brought to create a smooth flow of operations.

“Electric cars must be prioritised by the Postal Service or it will be left with outdated technology that will continue to harm our environment for decades,” said Maloney, D-N.Y.

The Postal Service is replacing its ubiquitous delivery trucks, which were in use from 1987 to 1994. They are now being discarded with the electric vehicles being brought in.

The Postal Service operates a fleet of 190,000 local delivery vans. Over 141,000 older vehicles lack safety features such as airbags, anti-lock brakes, and rearview cameras. These safety features are essential to increase the safety of the drivers and create a better, secure work environment for them.

The modern vehicles are bigger to make things easier for postal operators to pick up larger bundles and parcels. They offer greater storage space alongside the many other features. Ergonomics and climate control have also been upgraded using electric-operating vehicles.

Converting the whole Postal Service fleet to electric cars would cost $3.3 billion. Biden’s Build Back Better plan, which stalled in Congress, consisted of the funding plan for this entire venture.

The House Committee on Appropriations has evaluated and approved the FY 2021 general funding legislation, albeit without any provisions…

Government Furloughs ARE NOT expected in October