The FEHB Program is ready to provide two government indemnity plans for a wide variety of workers: Elevate Plus and Elevate, these two are to be run by GEHA. It’s been 30 years since such a move has been done.
Even though, to say they are ‘indemnity’ plans may not be completely true. Even though they might look like typical indemnity plans, these types of plans fall under a fee-for-service type of plan. Unlike traditional indemnity plans that do not use physician’s groups and pays out sets of percentages of what the insurance company says are ‘reasonable’ cost for an operation or a visit, these new type of fee-for-service plans give different types of cost of giving back funds for out-of-network and in-network doctors.
Laurie Bodenheimer, the Deputy Director of OPM for insurance and healthcare, says that even though the words ‘indemnity benefit plan’ is not entirely correct, they have had to use this term since it is mandated by the law. It is really a fee-for-service plan, which comes with pharmacy benefits, preferred or participating providers’ networks, and out-of-network healthcare benefits for persons who are enrolled to this plan.
Walton Francis, an independent consultant, said that the ‘indemnity’ term was only being said so that OPM could go with a law that is sixty years old that started the program and to add a new nationwide plan to its list of FEHBP options.
He also stated back then, the law had only 3 categories, which are the same as it is today. The first part is talking about the governmentwide options, that are of two different ones. One is to be given by Blue Cross Blue Shield and the other is supposed to be for indemnity benefit plans. The second category is for workers and union plans. The third one is for a very specific comprehensive plan and HMOs.
Many of the two hundred plus insurance plans given by FEHBP are local or regionally set, and it covers a town’s entire metro area, as other plans cover more somewhere between forty-eight to fifty states. Aetna stopped giving indemnity plans in the year of 1989, a spot that has been open from them through now. If it was filled that would mean that a new plan for all federal employees would start, Francis said.
He also said governmentwide options came with some legal stipulations. The insurance coverage has to be covered in all areas that are governed by the US government, including federal employees in Guam and Puerto Rico, in all fifty states, and civilian personnel living on military bases that are overseas.
Overseas federal workers have access to these new options, the new Elevate Plus and Elevate plans given by GEHA is really another plan that has to be looked at on the basis of its benefits, premiums, and out-of-pocket cost. Mr. Francis said that employees living outside the USA had more or less the same type of benefits with these new plans.

DID YOU KNOW that Federal Employee Disability Insurance is a smart move for your future?

The White House Administration confirmed on Monday that it would be purging disloyal government employees from their positions.
After several… 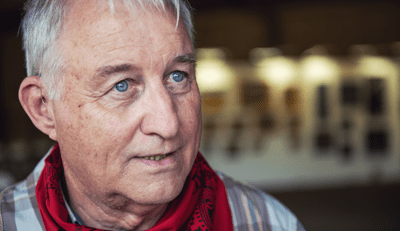 Don’t Make Your Retirement All About the Money!