On Monday, federal workforce advocacy organizations and lawmakers seem to agree that if the government’s current model of hiring and retaining employees is to be improved up on, agencies must start paying their more excellent employees better and provide better facilities in the workplace. The government operations subcommittee, HOR, held a meeting, entitled “NextGen Feds: Recruiting the Next Generation of Public Servants”, and pursued ideas for dealing with the upcoming spike in retirement of workers. A disagreement, however, arose between the two parties when it came to agreeing on a good way for effecting the needed change. Conservatives in the group lean towards a complete replacement and overhaul of the current General Schedule method with a performance award pay scale. However, federal unions and Democrats and are in favor of more training and better methods manager usage. Research fellow, Rachel Greszler, who is employed for the conservative institute, the Heritage Foundation, stated that as 99.90% of all employees were receiving raises in their salary, there is a need to start installing performance-based raises and limit appeals processes within the agency. The amount of savings accruing from the new process could be allotted for raising the pay of high performers, seperate from signing bonuses, better appointments, and special bonuses. National President of the NTEU union, Tony Reardon, however, stated that there were plenty of avenues that were available in the pay structure that currently existed. A Significant reduction in funding, however, meant for management training had left managers short of the training that was needed for Improving their skill level. He mentioned the IRS as an example, during the Obama administration, which had lost over 85% of its training budget in a single year. Greszler recommended that new millennial employees who were interested in rapid career advancement and who were willing to stay for a long enough period of time for vesting in retirement programs could be allowed by the government to start sending their pension contributions and funds directly to their direct pay or Thrift Savings Plan accounts. The sub-committee’s chairman, Gerry Connolly, was open to that idea. He stated that it was a point worth considering. He added that it was always a good idea to start planning early for retirement. Greszler stated that Heritage Foundation members supported the provision of family leave for federal agency employees. However, she called for offsetting this by eliminating other sick leave policies, which are currently available to federal employees. She stated that companies like Starbucks, Lowes, Target and Walmart provided family leave to their employees. She also said that it would be better if federal government authorities offered paid family leave for all their employees. However, the current system that grants 6 weeks of sick leave in advance and unlimited sick leave accumulation had to be replaced immediately, she stated. Director Robert Goldenkoff of the GAO stated that agencies have to start implementing new telework policies, which were becoming more attractive to prospective employees. He stated that although agencies could face issues in providing competitive salaries when it came to certain departments, they could leverage telework and other work-life balance policies for meeting employees requirements for flexibility.

DID YOU KNOW that buying Federal Employee Disability Insurance is less expensive than most people think?

Proposed 2021 Budget Would Eliminate Some Benefits

What Really Happens When You Submit Your Retirement Paperwork

Many people wonder what really happens when you submit your retirement paperwork. Let’s take a look and briefly explain… 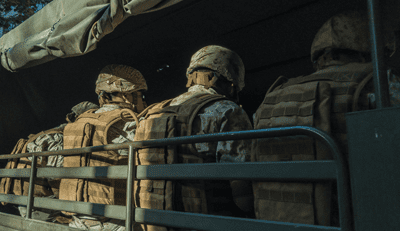