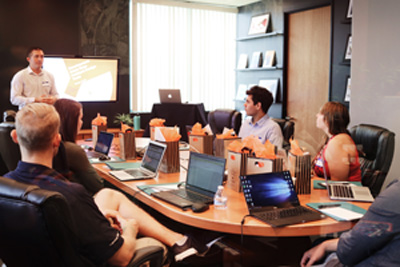 A Qualtrics survey interestingly concludes that a delayed hiring process, a lack of information of available positions, and outmoded or superfluous criteria in job postings are deterring applicants for federal employment at a period when the government is experiencing a personnel shortfall.

In order to comprehend viewpoints on a career in federal service, this research was carried out in April 2022. It found 1,129 American citizens who are or have recently registered in a post-secondary education course or certificate course, including degrees that are of 2 or 4 years, professional and doctoral degrees, as well as technical and vocational training, were questioned by Qualtrics. They were all 18 years of age or older.

According to the report, just under half of fresh graduates stated they would contemplate working for the government.

The U.S. Bureau of Labor Statistics reports that there are 85,000 open positions in the government. Federal agencies in the government sector have particular difficulties in luring people as the workplace continues to change. Taking the average duration to hire for federal personnel as an example, which is 98 days, renders it even more challenging to compare with firms in the private sector that have simplified their hiring procedures.

Several recently graduated college students are thinking about working for the government. According to the Qualtrics report, 30% of graduate participants stated the method of recruitment is too cumbersome and 20% of graduate respondents indicated they were unaware of government positions.

More than one third of recent graduates said they would not seek government employment because they feel unqualified for the position, despite the fact that roughly 70% of federal positions do not require a college education. When asked why they believed they were unqualified, respondents identified the number of years of experience, skills, and certification and degree requirements as the main obstacles. These findings suggest that in order to attract fresh applicants, federal agencies may need to speed up the hiring procedure and make it clear that skills are preferred above years of experience.

Sydney Heimbrock, who is the chief industry advisor for government at Qualtrics, stated that, “This study makes clear that targeted improvements to federal agency recruiting – even simple fixes like promoting flexible work and career progression, emphasizing the mission-oriented nature of the work and rewriting job announcements to replace required years of experience with required skills – can have meaningful impact on who is aware of open positions and who decides to apply.”

The attraction of government positions to fresh college graduates should also be emphasized in recruitment methods.

According to the study, among the top attributes graduates look for in a career are a history of social responsibility, a solid reputation for services, and a diverse executive team.

College students rated income as the most important factor in choosing a profession, followed by the ability to undertake significant work and work-life balance.