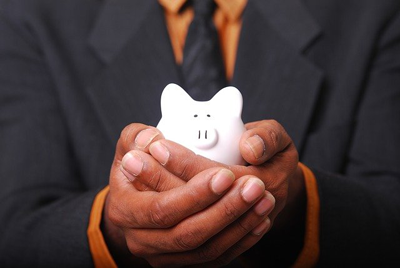 The Executive TSP Director Ravindra Deo in an email has previewed some of the new features, including an AI virtual assistant, a mobile app, and an online conversation with a  counselor of TSP via their website that will be available only to those TSP Saving plans participants who moved to the new recordkeeper this summer.

It also becomes possible for the recordkeepers to implement various initiatives that will minimize the paperwork load those participants must have to complete and streamline the account management process, among other things. Users will be able to employ fingerprint or facial identification features on their smartphones if they desire to use the mobile app.

The executive director also said that “For those who want to conduct transactions electronically, there would soon be a “smooth” rollover process that allows them to scan and sign checks with their mobile device.” Members will be able to make transactions and manage accounts electronically, and there will be additional features so that participants can strengthen the security of their accounts.

During the shift in May 2022, Deo warned, “certain transactions would be momentarily inaccessible.” But he makes sure that your money will remain invested throughout this time. He further added that  “While the agency finishes its transition to the new provider, some participants may not be able to access their accounts.”

In addition, the TSP will begin granting access to hundreds of mutual funds to its members. Check official website  tsp.gov frequently for updates as we have approached the changeover phase,” says a spokesman.

This past week, a Senate committee agreed to move forward legislation that would systematize some new changes to the government employment process that place a greater emphasis on job experience rather than educational accomplishment into law. This initiative is taken due to the executive order by former President Donald Trump which follows successful pilot initiatives led by the United States Digital Service.

To focus more on the practicing skills of applicants for jobs rather than the applicant’s academic credentials, the personal management officer with agency experts agreed to put into law new government employment practices that started the hiring process that emphasizes job experience over academic credentials.

Bill to Regulate the Hiring Process Advances in the Senate:

On a bipartisan basis, the Governmental Committee of Affairs and the  Senate Homeland Security voted last week to send the Chance to the Senate to Compete for the Act (S. 3423), marking the first step in the process. Several senators, including Kyrsten Sinema, D-Arizona, Bill Hagerty, R-Tennessee, and James Lankford, R-Oklahoma, have filed legislation to codify these changes for the hiring process that takes place in federal law.

This bill also mandates the Department of Labor to keep an annual database that is accessible to the public and that details the sorts of assessments that were used for each activity, which tell whether the candidate was picked or not, and which authority was utilized for hiring to fill the position by each organization.

What is so important about federal short-term disability?

With rising medical cost threatening the budgets and retirement savings of Federal and Postal Service employees, there has never…

The White House Administration confirmed on Monday that it would be purging disloyal government employees from their positions.
After several…