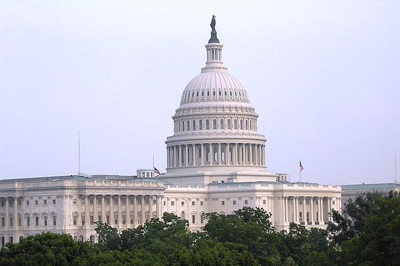 Remote work became a new norm during the pandemic phase. In an attempt to minimize the effects of the pandemic, most of Covid’s response strategies involved shifting many workers to remote teams. Similarly, 60% of federal workers shifted to telework to maximize flexibility.

Fast forward to the post-pandemic era, institutions are trying to renegotiate terms for a smooth return to work. The massive vaccination campaigns have allowed workers to return to their usual working habits. However, the timeline of how to implement these new changes is a concern for most organizations.

The National Treasury Employees’ Union – or the NTEU – is no different. The union consists of more than 150,000 federal employees. Employees in over 34 agencies and departments are working with the Bureau of Fiscal Services to negotiate a planned and systematic return-to-work approach. These negotiations, however, have been suspended for the time being.

According to Tony Reardon, the union’s president, negotiations primarily focused on presenting a pilot program that would help ease the transition. The program would distinguish between employees who needed to return to work and those who could work remotely. Though the frontline employee managed to telework alongside the bureau successfully, other workers in the agency weren’t successful during negotiations. The suspension of these negotiations, according to him, hit hard as workers had been looking forward to the flexibility that a remote work program offered.

It’s why NTEU still wants to continue with the negotiations.

According to NTEU’s spokesperson, a negotiation breakthrough was expected soon. It’s why the halt in negotiations comes as a surprise. The more is even more shocking considering the official position of the White House’s office of personnel management regarding this matter. The OPM recently supported the implementation of flexible working habits such as telework, remote work, and other hybrid working structures. The office defines telework and remote work differently. According to OPM, the former is a structure where employees work on-site and in other locations at regular intervals. Remote work, however, is different. It relates to how an employee can work based in a different location.

Unfortunately, for NTEU, no legal provisions entitle employees to demand a flexible working structure. This is defined clearly in federal statutes and the Telework Enhancement Act of 2010. The decision is entirely up to the preference of the agency head. Despite the end of the pandemic, around 94% of federal employees still prefer the option of teleworking. Back in December 2021, Reardon suggested the future of federal workers be closely interlinked with the full-time teleworking program (if applicable). Following the demands of NTEU, many other agencies, such as the IRS, patent and trademark office, and others, agreed to implement a hybrid system of on-site and telework. However, the Bureau of Fiscal Services has not yet responded to NTEU’s demands.

An Increase In Take-Home Pay Is Coming – How Will You Use It?

Within the next two months, the average American worker will likely see an estimated increase in their take home…

What Really Happens When You Submit Your Retirement Paperwork

Many people wonder what really happens when you submit your retirement paperwork. Let’s take a look and briefly explain…