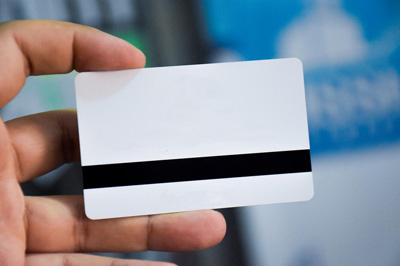 The Oversight and Reform Committee is interested in learning more about the identity verification firm. According to the committee, the service is used by at least nine other federal agencies and 30 state governments.

“It is critical to ensure the appropriate measures are in place to defend Americans’ private information to ensure their access to benefits for which they are eligible,” writes Carolyn Maloney (D-NY), chair of the House Committee on Oversight and Reform.

The probe was initially reported by the Washington Post.

Privacy and security of biometric data acquired by the corporation are among the worries, as are demographic bias in facial recognition software and extended wait times for ID.me verification.

“I am highly concerned that the national government lacks a clear plan,” Maloney said, “allowing agencies like the IRS to accept contracts for millions of dollars with unclear conditions and oversight procedures.” “Without clear road rules, authorities will continue to turn to corporations like ID.me, raising the possibility that they may not deliver important services equally or directly to Americans and that ID.Me will not adequately safeguard their biometric information,” she added.

Human rights and tech groups have pushed other federal agencies to stop using the company’s or other face recognition systems for identification verification.

At least 27 states employed ID.me’s services as part of the unemployment benefits process to combat fraud during the pandemic. States can use a blanket sales contract with ID.me and other additional authentication providers that the Dept of Labor has.

Under all of ID.me’s govt contracts, the House committee seeks access to information such as dates and the number of users who submitted ID.me biometric information. They also want to know about the company’s biometric data retention policy and the algorithms it employs.

The committee is also looking into the company’s use of unemployment insurance programmes, raising worries that the service unfairly affects some groups, such as those without high-speed internet connectivity.

The IRS has said it will add Login.gov after the tax season ends. Still, the agency’s reaction to an information request from the House Oversight and Reform Committee lays out the conditions that Login.gov must meet before using at the IRS, including certain data safety and technical capability levels.

The IRS “appears to continue to rely on ID.me for identity verification technology” while working with the GSA to add Login.gov. The new House probe letter notes that the IRS did not suggest any plans to cancel the ID.me contract or recoup any of the $86 million already spent for ID.me’s licenses.

ID.me must respond by April 28 to the committee.

In a statement to FCW, an ID.me press representative said, “We look forward to delivering vital information to the Committee on how ID.me has improved access to government for disadvantaged Americans, including folks who do not have credit history, are underbanked, or are without a house.”

According to them, ID.me continues to be a highly effective option for government organizations, providing the most access to underserved Americans.

Long-Term Disability – Is There A Need?

Recently, we wrote a post about the need for short term disability in the federal workforce. A need which…

Government agencies are now dealing with important performance issues, which can be pointed to the society and attitude that…

What is Longevity Risk?